British Empire Medal and the Covid Foodbank: A conversation with Sheena Hales 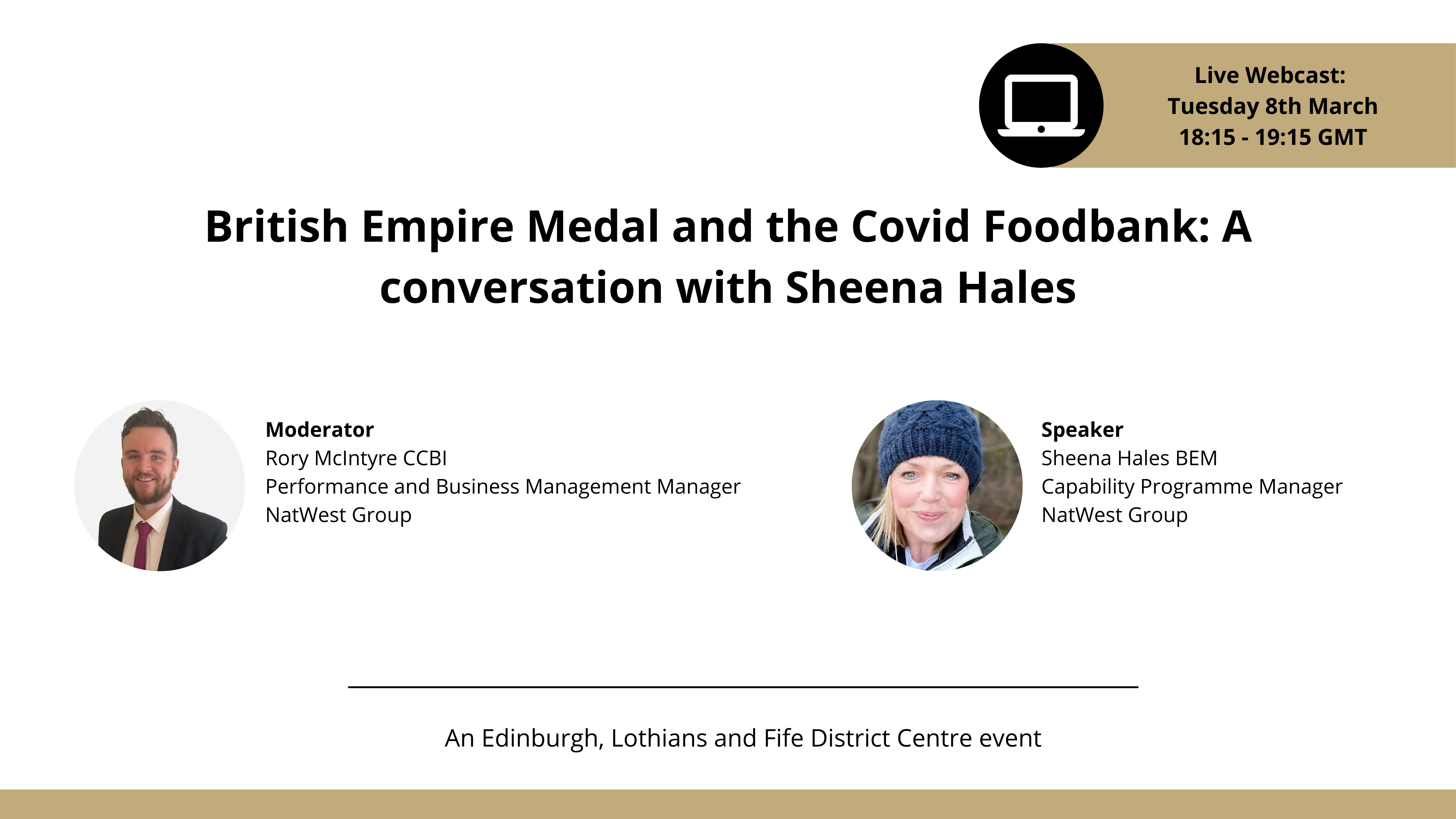 British Empire Medal and the Covid Foodbank: A conversation with Sheena Hales

Meet Sheena Hales of NatWest Group who became a Community champion by being a awarded the British Empire Medal for service to the Finance Industry through her charity work during COVID-19 pandemic. Sheena was awarded the prestigious accolade for her role in spearheading the Royal Bank of Scotland’s temporary foodbank.

Throughout the pandemic, the Royal Bank’s conference centre has acted as a drive-in food bank distribution site and helped distribute an average of over 6,000 meals per week and take in huge donations including 220,000 items of new clothing and 140,000 children’s books. The work has been nominated for various innovation awards based on how it partnered and collaborated with Trussell Trust, Social Bite and Cyrenians as well as forming a strategic partnership with KPMG, Deloitte, and ‘Business in the Community’ to supply food, hygiene products and clothing to vulnerable people across Scotland’s central belt and beyond.

Join Rory McIntyre, Vice-Chairperson of the Institute’s Edinburgh, Lothians & Fife District Centre, as he sits down with Sheena to discuss the journey, its highs and lows, its learnings which were both personally and professionally challenging. Her inspiring story epitomises the hard work done up and down the country to support those most vulnerable.

A Fireside chat: Alex Sanchez in conversation with Bill McCall

Leadership for all - Podcast Playlist series

Skills: The alchemy of employability?